18 Mar The Healing Power Of Poop May Surprise You

Posted at 15:16h in Sin categoría by IntiNetwork

Last week at the inaugural Near Future Summit, a leadership conference of forward-thinking professionals, tech entrepreneur Peter Diamandis asked members of the audience to raise their hands if they’d been born vaginally.

He then asked them to keep their hands raised if they had also been breastfed and if, in more recent years, they’d avoided antibiotics, Z-Paks and major surgery. In the end, just a few dozen people in the audience of 250 or so still had their hands up.

This wasn’t just an exercise in TMI: Diamandis was hoping to assess the microbiome status of his listeners. All of the aforementioned qualities suggest that a person’s gut bacteria are healthy and undisturbed. Soon after Diamandis’ straw poll, the medical philanthropist Lee Stein walked around handing out feces collection kits to the people who might be in possession of the perfect poop.

It’s unknown how many people at the summit chose to contribute data, so to speak. But any feces that were collected will become part of an in-depth analysis of how gut bacteria can have an effect on the entire body.

The person leading this project is Rob Knight, a lanky New Zealander. At 6’3 and about 200 pounds, he looks like a man who’s never had a problem with his weight. But in fact, Knight was obese for most of his life. Until 2008, he weighed about 60 pounds more than he does now.

If you think Knight lost the weight through hard work, diet and exercise, you’d be wrong. All he had to do was get sick. Knight got severely ill while hiking the Inca Trail in Peru, and after taking antibiotics, he noticed his weight melting away. Knight hadn’t changed his diet and exercise routine, and this wasn’t a case of temporary weight loss due to dehydration during illness. Instead, he suspects that his weight loss — which turned out to be permanent — had to do with the changes in his gut bacteria during the sickness and after treatment.

Because Knight is one of the foremost gut bacteria scientists in the U.S., he knew exactly what to do next. He started analyzing his poop daily to observe this period of rapid weight loss through the lens of his gut bacteria, and he hopes the insights he gained from his own “n of 1“ study could one day lead to a more generalizable protocol to help others lose weight.

“I obviously wouldn’t recommend that you go to Peru and give yourself food poisoning or pick up some other nasty GI thing in order to lose weight,” said Knight, who directs the Microbiome Initiative at the University of California, San Diego. “But trying to understand what the principles are that allow you to do something specific and producible — that’s obviously what we’re trying to accomplish.”

Gut bacteria is sensitive to changes in diet, sleep, exercise, stress, drugs, medical conditions and fecal transplantation, according to Knight — and it’s up to gut bacteria scientists to figure out how to harness these changes in a way that improves personal and community health.

Wouldn’t it be nice, Knight said, for a person to be able to know the type of diet and exercise that would best suit their individual health goals? Wouldn’t it be nice to know that healthy lifestyle choices are changing your body, even though the weight may not be coming off as fast as you’d like? Knight hopes that regular gut bacteria analysis could offer us these and other possibilities in the future.

Take, for instance, Clostridium difficile, a bacterial GI infection that can result in debilitating diarrhea and even death. It’s caused, in part, by taking antibiotics — the medicine can wipe out the helpful bacteria in our intestines as well as the harmful, allowing C. difficile to proliferate unchecked. Ironically, the first-line treatment for C. difficile is more antibiotics. In the worst cases, treatment can involve surgically removing part of the colon.

In his summit presentation, Knight discussed how fecal transplants — infusions of poop from a healthy person into a sick person — can offer more to people with C. difficile than antibiotics or surgery. Clinical trials show that getting an enema infusion of a healthy person’s stool is much more effective than treating an infection with antibiotics, and the treatment is cheaper and less invasive than surgery.

“The question facing us today is, what other diseases are linked to the microbiome?” Knight said. “How can we identify a problem of the microbiome and then reconfigure it back into shape?”

The range of conditions that could be affected by microbiome changes include obvious ones like inflammatory bowel disease — but also conditions with a less intuitive connection to the gut, like rheumatoid arthritis, autism and depression.

“It’s amazing to think that material we flush down the toilet every day could have such profound implications for how we can live our lives and preserve lifelong health,” Knight said. 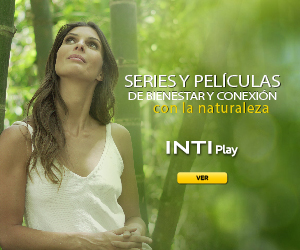